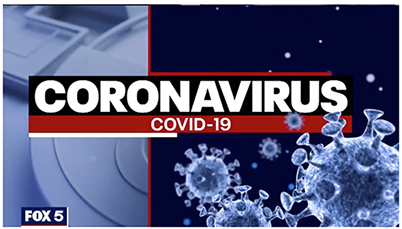 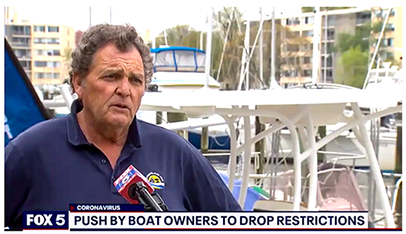 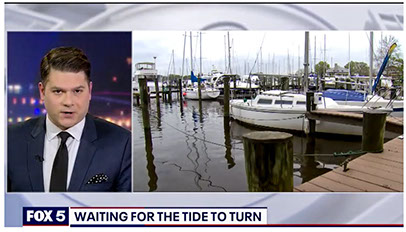 ANNAPOLIS, Md. (FOX 5 DC) -
The effects of the coronavirus pandemic are being felt all over, including out on the water, where Maryland is one of a handful of states still banning recreational boating. Some boaters and businesses, however, want that to change.

“End of March we saw the writing on the wall,” Dan Somerville said Friday. He’s the general manager of the Annapolis Boat Club, but right now, his members can’t use the boats. As a result, he’s not currently charging monthly membership dues and said there are similar stories playing out across the industry.

“It’s a huge pause, a lot of money lost. A lot of businesses will not be able to survive. That’s the unfortunate part about it. I mean we all want to get through this virus, but we also want to, you know, have our jobs,” Somerville explained.

There’s now an effort to get Maryland to safely change course. A Change.org petition asking Governor Larry Hogan to reconsider the recreational boating ban now has more than 16,000 signatures.

Also, groups like the Marine Traders Association of Maryland (MTAM) have reached out to the governor’s office and the Department of Natural Resources directly, pointing out that boating makes a $3.5 billion dollar economic impact on Maryland every year when manufacturers, suppliers, sales and services, boating activities, and business tax revenue are included, according to the National Marine Manufacturers Association.

The MTAM is asking for a May 1 reopening, while also presenting a nine-step plan to keep marinas safe.

“There’s so much pent-up desire to get out, I know as soon as we get the ok we’re gonna be doing great,” he added.

A spokesperson for Governor Larry Hogan said the return of recreational boating may be included in stage one of the Governor’s Roadmap to Recovery Plan, which was unveiled Friday. It could potentially begin in early May but is dependent on a variety of factors.